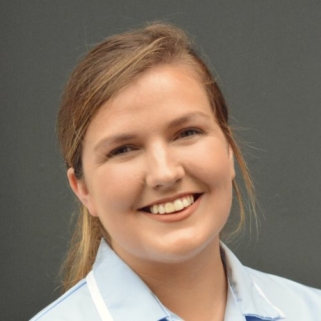 Smart TMS Technician, Ailish O’Grady, presents her latest blog on how stigma and discrimination have developed regarding mental illness and what measures have been taken to reduce the harmful rhetoric.

This follows Ailish’s previous blogs on Reducing Mental Illness Stigma in Ireland and Consequences of Stigma/Discrimination.

How Did Mental Illness Stigma and Discrimination Develop?

Throughout history people with mental health problems have been treated differently, excluded and even brutalised.

This treatment may come from the misguided views that people with mental health problems may be more violent or unpredictable than people without such problems, or somehow just ‘different’.

Similarly, early beliefs about the causes of mental health problems, such as demonic or spirit possession, were ‘explanations’ that would almost certainly give rise to reactions of caution, fear and discrimination.

It must also be acknowledged here that the media regularly play a role in perpetuating stigmatising stereotypes of people with mental health problems.

In an analysis of movies released between 1990-2010 that depicted at least one character with schizophrenia, Owen (2012) found that most schizophrenic characters displayed violent behaviour, one-third of these violent characters engaged in homicidal behaviour, and a quarter committed suicide. This suggests that negative portrayals of schizophrenia in contemporary movies are common and are sure to reinforce biased beliefs and stigmatizing attitudes towards people with mental health problems.

While the media may be getting better at increasing their portrayal of anti-stigmatising material over recent years, studies suggest that there has been no proportional decrease in the news media’s publication of stigmatising articles, suggesting that the media is still a significant source of stigma-relevant misinformation (Thornicroft, Goulden, Shefer, Rhydderch et al., 2013).

It is well understood that the mass media has an influence upon our opinions and beliefs. Therefore, it is important to recognise and hold media outlets accountable when they continue to perpetuate and reinforce negative portrayals of people with mental health problems and psychiatric disorders.

What Measures Have Been Taken?

As we have become aware and acknowledged the stigma and associated discrimination of mental illness and have seen the knock-on effects that this can impose on individual’s likelihood of seeking help and recovery, the next step that people are turning their attention to is looking for ways to challenge and reduce this narrative.

Ireland has launched a similar initiative called ‘See chang’. This programme has partnered with mental health clinics and services on a community level around the country to work towards reducing stigma and discrimination. At the cornerstone of the See Change approach is social contact theory, which has been shown to be successful in reducing the social distance between stigmatised groups and the rest of society. “’See Change’ believes that sharing the stories of those who have experienced mental health problems and the associated stigma has the power to help change people’s attitudes and positively influence behaviour change.

For example, musician Bressie, artist ‘Blindboy Boatclub’, author Marian Keyes and former rugby players Alan Shanahan and Brent Pope have all been vocal in Irish media about their personal struggles with mental health and have continuously encouraged people to reach out and seek help if they are having mental health issues.

Activists have called for better education and services for individuals with mental illnesses and have led powerful social media campaigns such as the ‘I am a reason’ campaign to speak out about lack of funding and mental health services and to call for the Irish government to reform mental healthcare across the country. 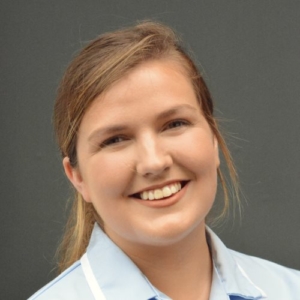 Ailish is a member of the the Smart TMS team of technicians at our Dublin TMS Clinic in Ireland.

Her qualifications and experience include:

Repetitive Transcranial Magnetic Stimulation (TMS) is a new approach to treating very difficult mental health conditions and offers hope to millions whose condition is not improved by medication or therapy.

Transcranial Magnetic Stimulation is an innovative treatment which uses magnetic pulses to work directly on the areas of the brain affected by the mental health condition being treated. This could be depression, addiction, PTSD, OCD or anxiety.

Patients have typically spent years on antidepressants and also tried CBT or other talking therapies before finding out about TMS, which offers a completely different approach to treatment.