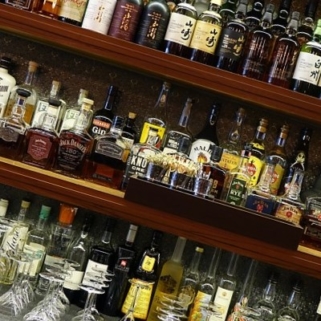 New Drinkaware figures have shown that over half of Irish men admit to drinking alcohol to help them cope with stress, anxiety or depression; or to forget about problems.

46% of Irish women admitted the same reliance on alcohol as a coping mechanism.

The figures are a huge concern as overconsumption of alcohol could lead to alcoholism or addiction. In addition, reliance on alcohol could mean the person is not dealing with important mental health issues or other problems.

Other figures revealed by the report showed a high rate of binge drinking, as Irish men were found to ‘binge drink’ 22 times a year and Irish women 10 times a year.

Many of those surveyed – 29% of men and 19% of women – realised that their drinking could put them at risk of future health problems.

Alcohol is very addictive so users can quickly find it hard to live without. It is also widely available and socially acceptable to drink, making it an easy habit to get into.

“The Drinkaware Index research makes one thing clear – young people in Ireland who drink, and particularly our young men, are consistently drinking to a hazardous and potentially harmful level, which is increasing risks to long-term health and wellbeing.”

Where drinking is out of hand, it is important to seek help and support. The usual options include:

Another option to consider is Transcranial Magnetic Stimulation treatment.

Smart TMS in Dublin now offers treatment for addiction and dependency, specifically dealing with the cravings and psychological aspects of addiction.

rTMS is a medication-free treatment which works directly on the specific areas of the brain associated with addiction.

Treatment is available for a number of substance dependencies including TMS Treatment for Alcohol Dependence/Alcoholism.

TMS treatment is best known for its application in treating difficult mental health conditions such as anxiety, OCD or depression.

These can often be underlying conditions that a person is drinking to cope with. So Transcranial Magnetic Stimulation treatment can be used to tackle the root problem as well as a resultant addiction.

TMS is a safe treatment which does not have the side-effects associated with antidepressants, anaesthesia or sedation involved. Read more about Transcranial Magnetic Stimulation treatment.

Smart TMS’s Ireland clinic is based at:

Clinics are also located in the UK in London, Birmingham and Northampton.